Shay Rudolph is an American actress who is slaying her acting role despite being a newcomer in Hollywood. The child sensation has already marked her appearance on Netflix’s The Baby-Sitters Club.

One of the emerging stars, she has undoubtedly captived the hearts of her audiences with the role of Stacey McGill.

Shay Rudolph has made an impact in the acting industry, beginning her career on stage and switching to the television. Thanks to her prolific acting career, she has amassed an estimated net worth of $0.3 million.

She began her career appearing in short movies and TV series. She landed her first role in the short film Mae (2017), followed by The Adventures of Thomasina Sawyer (2018). During her fifth grade, she played in the school production of Wizard of Oz.

Her career breakthrough was in FOX’s Lethal Weapon, where she played the role of Maya Flynn from 2018 to 2019. Throughout Season 3, she appeared as Cole and Natalie’s daughter, played by Seann William Scott and Maggie Lawson, respectively.

In 2019 and 2020, she continued to reprise her roles in TV movies like Less Than Zero (played Gisele) and Rita (played Abbey).

Netflix cast her in the drama The Baby-Sitters Club in 2020, in which she portrayed Shay McGill, a teenager with type-1 diabetes. She appeared alongside Sophie Grace, who played Kristy Thomas.

Unlike her on-screen role, Rudolph doesn’t have diabetes behind the camera.

The multi-talented actress Shay Rudolph hails from San Diego, California. She is an animal rights advocate and became a vegetarian when she was 11. In her Q&A with flaunt.com, Rudolph mentioned:

“I started thinking so much about how what I was eating was once living and breathing. It made me really upset to think about how that animal’s life had been taken away just for us to consume them.”

Outside of acting, she is an avid musician who loves to sing and play guitar and piano. In fact, she has covered Ollie MN’s song Please Never Fall in Love Again, which she shared on Instagram.

She wants to work on her original music. Apart from music, Rudolph loves watercolor painting, reading books, and writing poetry.

Shay Rudolph was born as one of the two daughters of Harry Rudolph and Danielle Shapero Rudolph.

Both of her parents are in the business sector. Her father, Harry, is a businessman, and her mother, Danielle Shapero, is the owner of Asteri Dancewear, according to her LinkedIn profile.

She has an older sister named Rhys Rudolph. 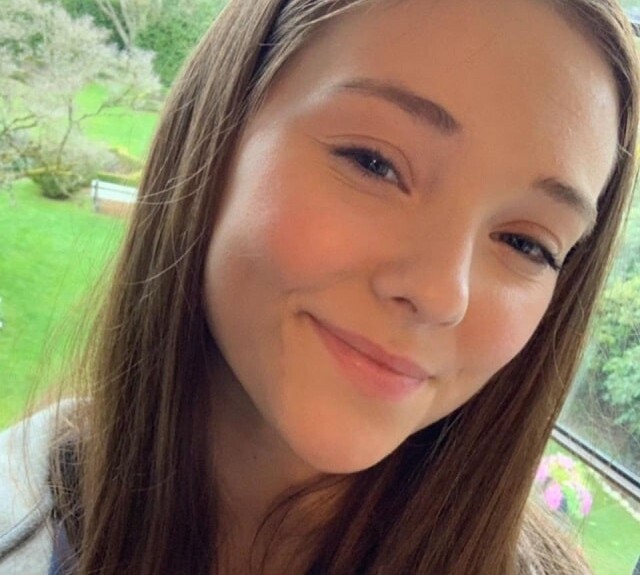