If you have watched Sister Wives on TLC, season 17 explores polygamist Kody Brown’s split from his ex-wife Christine Brown. The reality star has four wives, but here’s the catch. He has only one legal wife but has tied in a spiritual marriage with the rest of his three wives.

From his marriage, Brown is a father of 18 children and has three grandchildren. His father, William Brown, too, was a polygamist with three wives. And this resulted in him having nine siblings.

His First Wife Is Meri Brown

Kody and Meri Brown hit up after his sister introduced the former couple. Soon their confrontation turned out to be romantic. They got married on April 21, 1990, legally. The former couple has one child, a daughter Mariah Brown (b. July 29, 1995).

After being together for 24 years, Kody and Meri couldn’t cherish their relationship and divorced on September 25, 2014. He split with Meri to legally marry his fourth wife, Robyn Brown.

During the Season 15 of Sister Wives, viewers saw Kody and Meri trying to make their relationship work. Despite the emotional therapy sessions, Meri confessed their marriage wasn’t working. The reality star now describes that she and Kody are married spiritually.

Before Janelle was friends with Kody, she was already friends with his first wife, Meri Brown. She introduced the couple, and soon their friendship turned to the next level. They married spiritually on June 8, 1993.

In the reality show Sister Wives, Janelle confessed that her relationship with Kody wasn’t working out. The viewers were awed whether their polygamous marriage would survive or not. In the teaser, she exclusively revealed Kody wasn’t acting as her husband. Despite this, they have remained spiritually tied and are good friends.

In the course of their relationship, they welcomed six kids. Two are daughters named Savanah and Madison, and four are sons, Logan, Garrison, Gabriel, and Hunter.

Christine’s sister introduced her to Kody Brown, and the ex-couple married spiritually on March 25, 1994. They have six kids: Paedon, Aspyn, Mykelti, Gwendlyn, Ysabel, and Truely.

During the Season 16 of TLC’s Sister Wives, Christine vocal that she doesn’t feel safe in her marriage. On November 2, 2021, she took her Instagram to announce the dramatic split between her and Kody. After being together for more than two decades, they separated due to mutual differences.

The Season 17 of TLC’s Sister Wives premiered on September 11, 2022, further highlights the split between Kody and Christine. After her breakup, Christine says that she is now only interested in monogamy.

Robyn was a single mother to three kids when she and Kody met in 2009. After spending some time together, the couple married spiritually on May 22, 2010. They were married legally in December 2014.

Through the years, their relationship gained strong among his other three wives. The COVID pandemic even brought them closer as Kody became a babysitter to his kids. Although Robyn finds it difficult to adjust to polygamous marriage, she felt like she was living in a monogamous marriage during the pandemic.

They have two kids, Solomon and Ariella. Kody has adopted Robyn’s three kids, Dayton, Aurora, and Brenna, from her previous relationship with David Jessop. 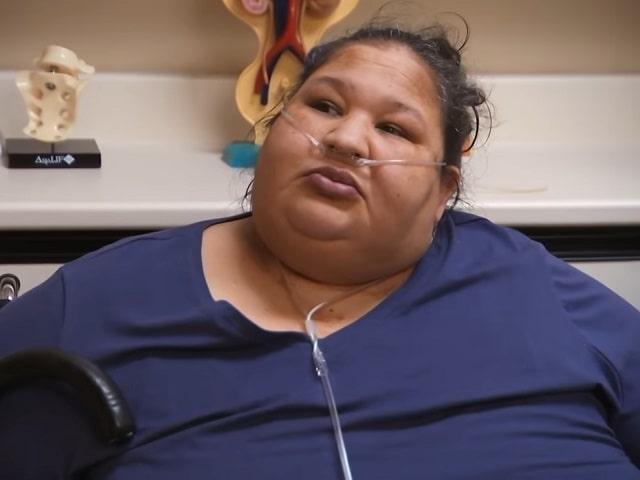 Who is ‘My 600-lb Life’ Chrystal Rollins? Her tales of Weight Loss Journey struggles