Good news for Red Velvet’s fan, Wendy is back in action. She is releasing her solo album. SM Entertainment, the agency behind Red Velvet, gave an update on March 24, 2021, about her new mini-album Like Water and its release date.

Here’s what we have cracked so far about Wendy’s upcoming album.

Wendy’s Mini-Album Will Drop On April 5

SM Entertainment confirmed on March 24, 2021, that Wendy’s first mini-album Like Water would release on the 5th of April. The preorders for the album begin on March 24.

On Instagram, an excited Wendy shared a stunning cover of her upcoming album with a new teaser poster.

Meanwhile, Red Velvet’s Twitter posts read, “WENDY with the ‘goddess-like vocal tone’ to release her first mini-album ‘Like Water’ on 4/5! Pre-orders to start from today!”

‘Like Water’ Is Going To Be Wendy’s Solo Project

Wendy is gearing up for a solo debut on April 5 with the mini-album Like Water. According to the agency SM Entertainment, it consists of five songs that attempt to capture “a genuine message and warm sentiment.”

Previously on March 10, reports surfaced Wendy was going to release her solo debut. With the confirmation, she now becomes the first Red Velvet member to release the solo album.

It’s to be noted that the South Korean singer’s solo project is not a full-length album but an extended play (EP).

For Wendy, Like Water is not likely her first solo music. Her first solo soundtrack, Because I Love You, was for the South Korean TV series Mimi. She also sang solo on Red Velvet’s 2017 EP Rookie track titled Last Love. Apart from that, she has collaborated with several artists like John Legend, Taemin, Yuk Ji-dam, to name a few.

The talented singer is also one of the South Korean actresses known for her works in Weekly Idol (2011), Snowball Project (2017), Pajama Friends (2018), and more.

According to koreaboo.com, Wendy was one of the finalists of Koreaboo: Cube Entertainment’s Global Auditions, and she had auditioned for the S.M. Global Audition in Canada in 2012. SM Entertainment pre-debuted her in 2014 from the musical group SM Rookies in March 2014.

Nonetheless, with the rest of the band members like Irene, Seulgi, Joy, and Yeri, SM introduced Wendy through Red Velvet, debuting on August 1, 2014, on the program Music Bank.

In early 2020, she was on a hiatus due to injury. Wendy suffered a stage accident during the 2019 SBS Gayo Daejeon rehearsals in December. She had a fractured pelvis and wrist, as per billboard.com.

After two months of recovery, Wendy was discharged from the hospital. She later made her comeback through Mysterious Record Shop as a co-host in January 2021. 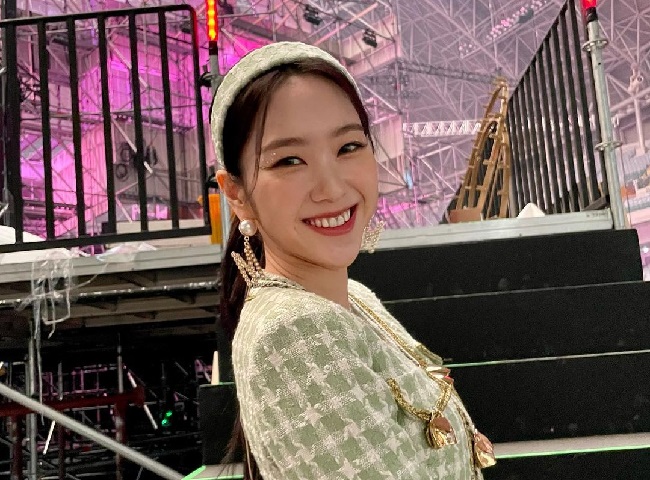 After Ending Contract With WM Entertainment, What’s Next For Oh My Girl’s Jiho?