The NFL draft is looking strong for Baltimore Ravens. After being undrafted for several weeks, NFL defensive lineman Xavier Kelly is finally on a contract. In a fateful turn of events, he signed a free-agent contract with the Ravens.

He took his Instagram to confirm his signing with the Ravens and captioned, ‘To God be the Glory.’

Here are a few things you need to know about Xavier Kelly.

He Spent Four Years At Clemson Before His Transfer To Arkansas

Kelly enrolled at Clemson Tigers on July 25, 2016, as a four-star recruit, but he could not gain much traction during his college days. During his four years at Clemson, he was credited with 26 tackles and 2.5 sacks and transitioned to defensive tackle from the defensive end before the 2018 season.

In his NFL career, the 23-years-old NFL player has turned down several offers from the teams like Razorbacks, Florida, Alabama, and more, arkansas.rivals.com reports.

He spent four years as a backup playing with Clemson before he signed to Arkansas Razorbacks. In a media interview with saturdaydownsouth.com, Kelly spoke about why he transferred to Arkansas, stating:

Man, why not Arkansas? My official visit, I came and got a chance to watch film with (defensive line) Coach (Derrick) LeBlanc. He’s a very smart guy, he’s very knowledgeable about the game and I was like, ‘That’s who I want to play for.’

The Wichita native was a fifth-year senior in Arkansas in 2020 and could have played the sixth season- NCCA made an exception due to the COVID pandemic. But he committed to Baltimore Ravens, entering his name in the 2021 NFL Draft.

During his only season at Arkansas, Kelly’s NFL stats record an overall eight games with eight tackles, two quarterback hurries, and one sack. He also completed 8’3″ in the broad jump, 27 inches in the vertical jump, and 27 reps on the bench press during the Arkansas Pro Day.

He Played NBA Before Pursuing His NFL Career

The 6 foot 5 inches defensive lineman Kelly played basketball during his high school days. He was a three-year starter and a double-figure scorer.

Initially, Kelly dreamed of his career in NBA. Although he used to play football in kindergarten, he envisioned himself playing college basketball and never thought that he would shape his career in football.

During his middle school, Kelly had a talk with former East coach Brian Byers about his potential NFL career. Eventually, after returning from his dad’s home in Georgia during his freshman years, he decided to choose football. Later, he went on to become the best football player in Kansas.

His career transition turned out to be fruitful. During his high school days, Kelly was rated as the second-best player in Kansas by Rivals. He even played on the U.S. Army All-American game and has a record of 72 tackles and 8.5 sacks as a senior.

According to foxsports.com, he was ranked as the eighth defensive prospect and the 99th overall player in the country by 247sports as a senior. 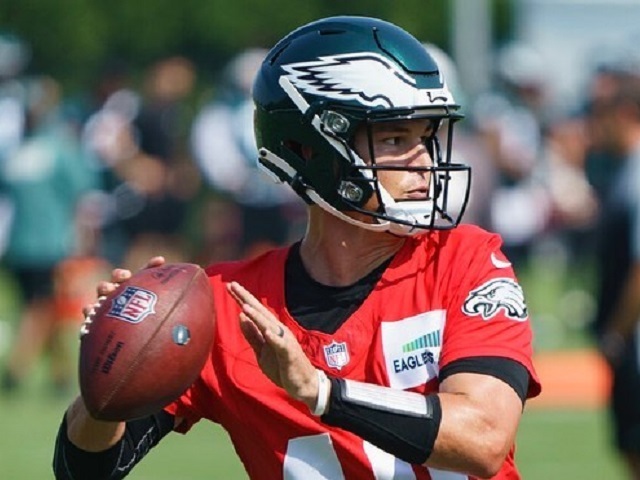 Published on 12 hours ago